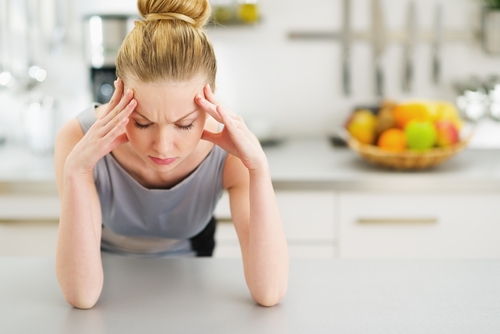 Think you’re stressed out? Recent findings in “Stress in America,” a new report from the American Psychological Association, demonstrates that you’re not alone. Stress was measured on a 10-point scale where 1 equaled “no stress at all” and 10 meant “a great deal of stress.” While the report focused mainly on teens, adults were included as well and  reported an average score of 5.1, which is considerably higher than 3.6, the perceived healthy level of stress. Additionally, 37 percent of men and women said they had felt overwhelmed in the past month. What’s more, 21 percent of adults admitted to feeling extreme stress levels, and 61 percent said that stress management is “very or extremely” important to them, yet they don’t make a regular habit of controlling those overwhelmed feelings. Only half of adult men and women are setting aside time for stress relief, but only a few times each month while some , 1 out of 10 to be specific, spare no time at all to deal with these negative thoughts. Unfortunately, chronic levels of stress may lead to more complications, including unhappiness, poor sleep quality and overeating, which can result in obesity, diabetes and a host of other health issues. Exercise is great for stress relief If you’re feeling overly stressed, there’s good news: Exercise a great stress reliever. Physical activity releases endorphins – also known as feel-good hormones – which can instantly boost that bad mood. Not only that, but working out on commercial fitness equipment helps you get in shape, improve self confidence and can assist in dropping those unwanted pounds. According to the report, only 17 percent of adults surveyed said they exercise daily, but 53 percent noted they feel good after physical activity. Thirty-five percent reported a good mood following a workout, such as running on commercial treadmills, and 30 percent admitted they felt less stressed. Hitting the commercial exercise bikes and other forms of fitness were found extremely effective as a form of stress management by 62 percent of men and women, and 50 percent said that being physically active is very important to them. When work or other aspects of life become too overwhelming, the reaction is to skip that session on commercial ellipticals, yet this can lead to feeling even worse. Though it may be a challenge, it’s crucial in times of stress to continue regular exercise to manage those negative feelings, take the time to do something for yourself and give your mind a break.