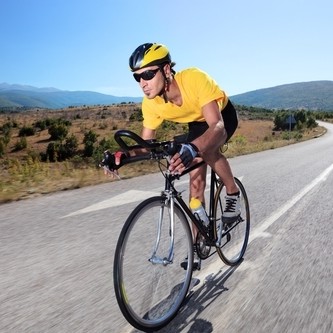 Gym members are constantly looking for the latest news in proper fitness training, and according to a new study from exercise physiologist Steve Seiler, there may be a right way to do interval training on commercial exercise bikes. Interval training has been receiving a lot of attention as of late because, when employed properly, it can improve running and cycling ability. Fitness professionals know that this method of training involves bursts of sprinting – having gym members give it their all – followed by a short period of rest. There’s been some debate as to exactly how long these sprints should be in order to be effective. There have been a few controlled experiments in the past, but fitness experts have been unable to come to a consensus. While some ask their trainees to use four-minute intervals, others prefer longer lengths of time – as much as 15 minutes or more. However, Seiler, along with a group of Norwegian colleagues, chose to study a group of 36 recreational cyclists – all approximately 40 years old and cycling six hours per week – in order to find an answer. Seiler tested a number of different combinations of interval training, but one group far and away produced the best results. According to the report, using four eight-minute intervals with two-minute rests led to longer and better performance, liking resulting in faster race times. According to Runner’s World, this was a surprise to Seiler, who expected the group performing four-minute intervals to be crowned the “winners.” Will the eight-minute intervals work for everyone? It’s difficult to say. However, the study results clearly indicate that mid-range intervals will likely give the best results. Personal trainers whose clients want to give interval training a try may want to get them started at this pace and adjust if need be.